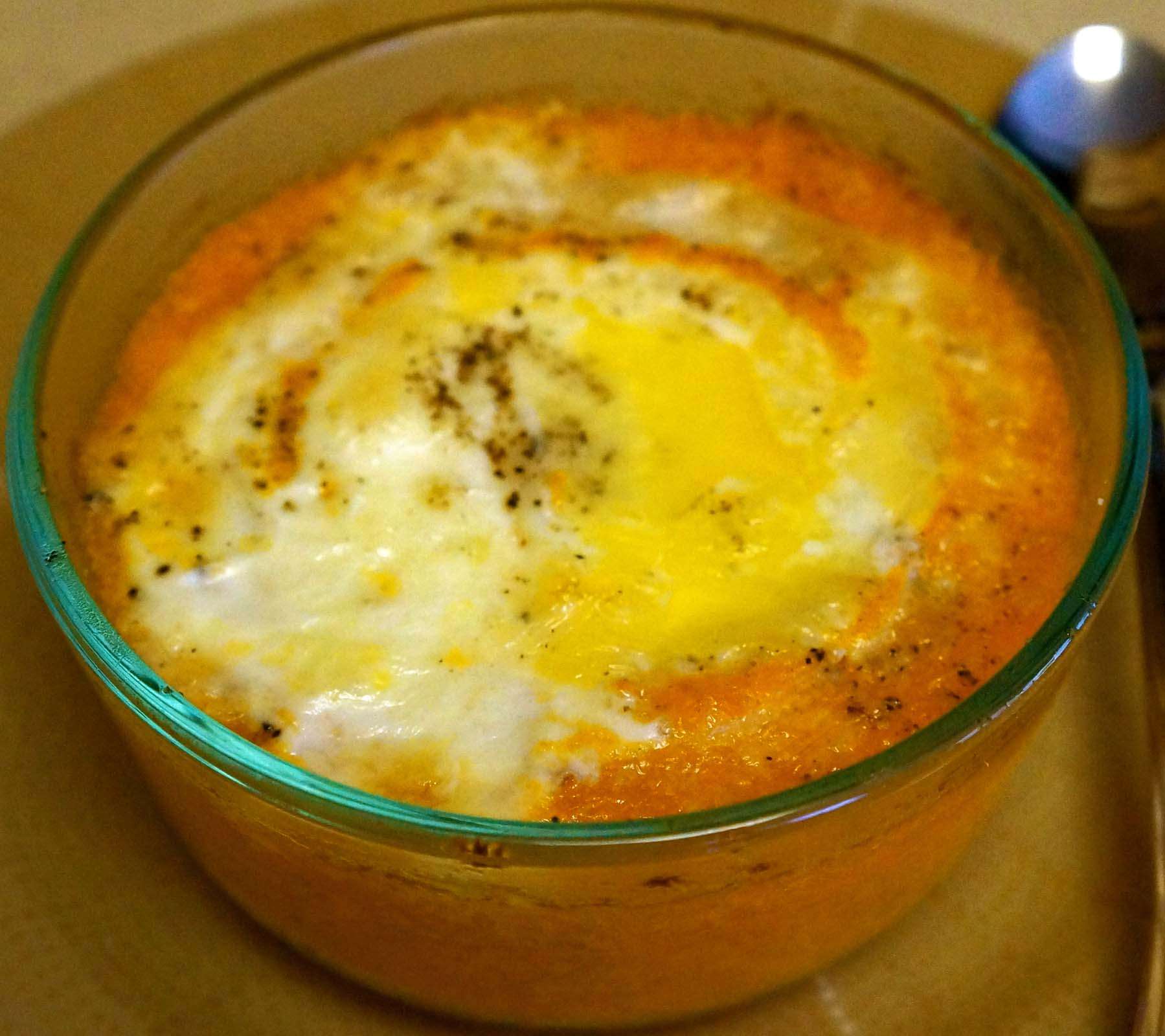 Mornings are usually filled with to-do lists. The word list is plural because this is just the way it is; we create lists, so we don’t forget the many tasks we need to accomplish. One important task we might forget to do is eating a proper breakfast. There are so many fast and quick breakfast items that I have gotten a bit lazy lately. Because I am often on the run, I tend to look for

There are so many fast and quick breakfast items that I have gotten a bit lazy lately. Because I am often on the run, I tend to look for easily made breakfast. Bread with peanut butter is a staple food at my house. I can eat it anytime. It is easy, fast and convenient. But what happens on the weekends when I don’t have to rush? I try to pamper my stomach when I can.

I remembered Aunty “Tante” Jeanne used to make many dishes from the Caribbean. Because she traveled a lot and lived abroad for a while, many of her dishes were typical islands foods. One dish she seldom made was Baked Sweet Potato with Egg. She would use either the white sweet potato called “batatas or patate” or yams. Whatever was available, she used.

I prefer using yams because several spices enhance the flavor. Fennel is one of the several spices I like using and especially with root vegetables. I have tried the same dish with white sweet potato and fennel, and the taste is not the same. Sweet Yam is the winner when using with roasted ground fennel. For white sweet potato, spices such as nutmeg, salt and pepper are not bad at all.

Baked Egg with Sweet Potato is just mashed sweet potato with an egg baked in the oven. A well is formed in the mashed potato for the egg, and everything is placed in the oven for about 15 minutes or so. Another way to treat your stomach on the weekend.

Did you make this recipe?

Let us know how it was!

Previous Post: « How young is too young to teach your child table manners?
Next Post: Gemma’s Tasty Pork Ribs »